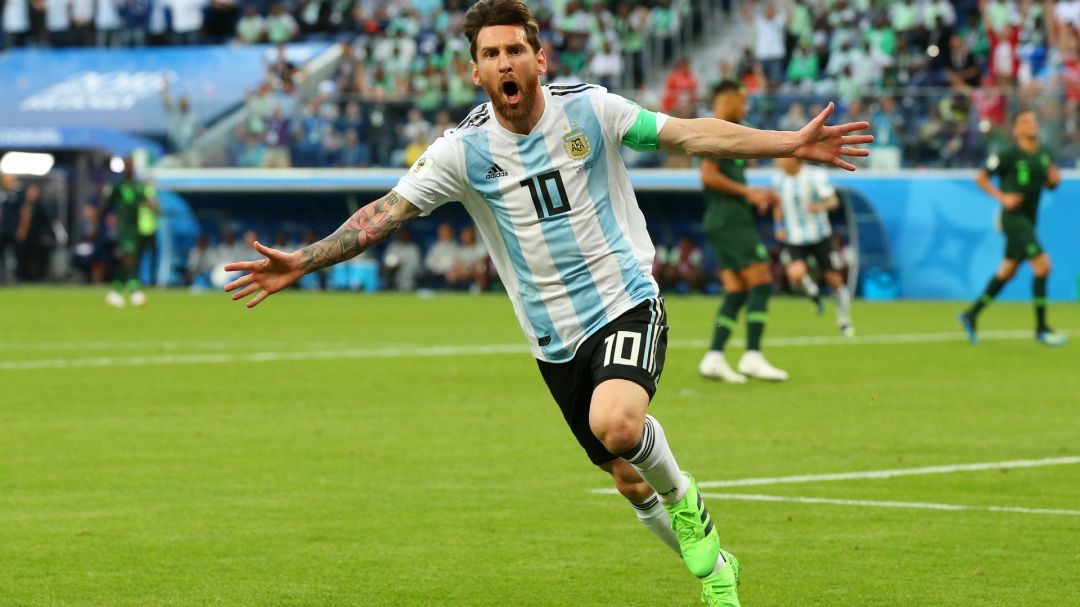 Last night, the 2018 FIFA World Cup hit top gear once more, stamping its claim as one of the most dramatic footballing tournaments in the modern era. Argentina’s dramatic 2-1 victory over Nigeria had it all, from Messi magic, dramatic refereeing decisions and an icon sending absurdly explicit gestures from the glamour of the VIP suites at the St Petersburg Stadium.

Yet, as La Albiceleste scraped into the knockout stages of the Russian rollercoaster, there was an undeniable shift in power within the side’s ranks that proved to be most intriguing. Following the match, social media was inundated with videos of the goals, celebrations and Diego Maradona looking less than stable before heading to hospital. Among the tsunami of post-match coverage, video clips were released that exhibited the magnitude of Lionel Messi’s role in the win.

It is undeniable that the world’s greatest player is going to be influential in anything positive, or negative, that Argentina achieve in any football they play with him on the pitch. That being said, it was shocking to see the team’s manager, Jorge Sampaoli, appearing to ask Messi whether he should bring on Sergio ‘Kun’ Aguero in the second-half of Tuesday’s match. As Messi approached the side-line, a frantic Sampaoli asked his star player “¿Lo pongo al Kun?” (Shall I put Aguero on?) in a raw, cutting example of how his power had slipped into the hands of his main man.

This was no surprise, however. Following Argentina’s abysmal 3-0 defeat to Croatia last week, the world’s media metaphorically castrated Sampaoli with their words, and it was suggested that the players would assume the role of picking the team for the final crunch match against Nigeria. Despite the bland PR responses from Argentina’s players denying this was the case, Sampaoli’s actions on the side-lines do little to suggest that the rumours were wide of the mark.

What makes this suggestion so extreme is that Sampaoli isn’t just any international manager. Following domestic and continental success with Universidad de Chile, the 58-year-old enjoyed an excellent four-year spell at the helm of the Chilean national team. He led the Chileans to their first ever Copa America victory in 2015, defeating his current employers in the final, and was nominated for the FIFA World Coach of the Year award later that year. He was close to becoming Chelsea manager just before the London club hired Conte, such was his pedigree. Instead, Sampaoli moved to Sevilla and led the Spanish side to a fourth-placed finish and Champions League final. When the Argentinean FA sacked Edgardo Bauza, with the side facing a humiliating failure to qualify for the World Cup, Sampaoli was the perfect candidate.

As we know, Argentina did make it to Russia, but more down to Messi’s brilliance than Sampaoli’s firefighting. The Barcelona man hit a sensational hattrick at altitude in Quito to guide the historic nation to what is expected to be Messi’s final showing at La Mundial. With his manager’s team selections flattering to deceive once more, and the images of Real Madrid rival Luka Modric stealing the show in Nizhny Novgorod, Messi had no option but to take the reins against Nigeria, who had already beaten a Messi-less Argentina 4-2 in a November friendly in Krasnador.

This isn’t the first time we’ve seen player power transcend the traditional hierarchy of a football team. In the Euro 2016 final in Paris, an injured Cristiano Ronaldo could be seen barking orders at his teammates from the technical area, as his manager Fernando Santos stood alongside, passive. Whilst there’s no denying the positive impact that Roberto Di Matteo had on the 2012 Champions League-winning Chelsea side, it’s no secret that the likes of John Terry, Frank Lampard and Didier Drogba were consulted about team selection and tactics along the way. In the aforementioned cases, the result was victory and the coaches in question were praised for their modesty in accepting aide from their stars.

Yet with a coaching pedigree such as Sampaoli’s, you’d never expect him to bow to the demands or ideas of his players, even if one of those players is Lionel Messi. Maybe the pressure has escalated to levels that his mentality can’t handle. Maybe the defeat to Croatia raised too much self-doubt in his abilities. Maybe he just accepted that Messi’s big game experience with Barcelona counted for more than anything. We may never know; however, it’s save to gauge that whilst Sampaoli trusts Messi, Messi doesn’t trust Sampaoli.

As the Argentinean players exited the tunnel for the second-half in St Petersburg, Messi rounded the troops and gave an impassioned team-talk in a move that nulled the efforts given by his manager in the prior 15 minutes. As the game approached the final few minutes, match-winner Marcos Rojo claims that Messi demanded that both him and Javier Mascherano moved into the attack to increase their chances of finding a winner. They did.

So as Argentina stumble into the last-16, and into a battle with France, ask the question as to how far Messi can take this team? Sampaoli appears to be the teacher that has lost control of his class, so it is up to the star pupil to bring his classmates up to his levels. Against France, Messi and co. will face a side that appear equally as disillusioned. The likes of Paul Pogba, Kylian Mbappé and Antoine Griezmann are yet to hit second gear in this competition and Didier Deschamps does anything but infuse confidence in his teams. Whilst the Europeans will go into the game as favourites, you’d be a boludo (‘fool’ in Argentina) to doubt the South Americans. This isn’t just Argentina, it’s Messi’s Argentina.